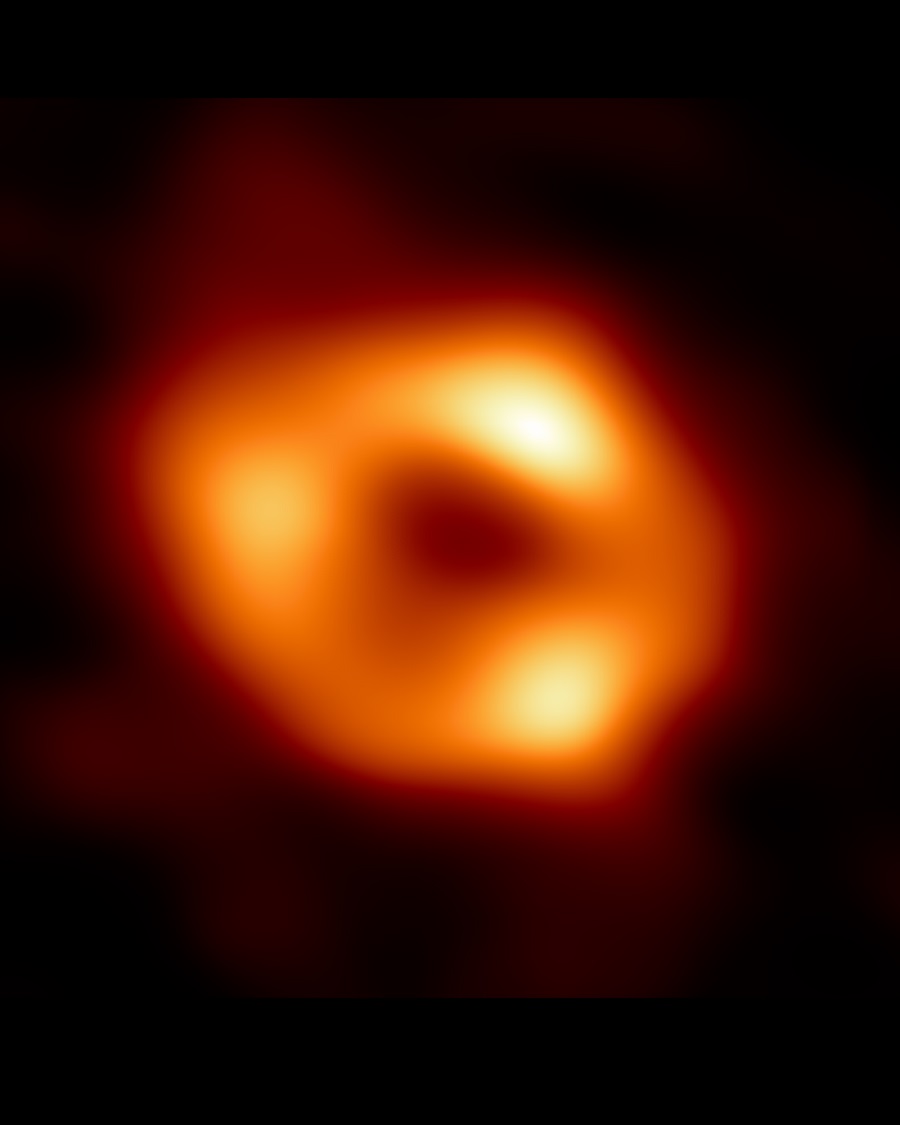 Here is our first view of the monster at the centre of the Milky Way.

Sagittarius A* (or Sgr A* for short) is the supermassive black hole at the centre of our galaxy, about 27,000 light years from us. Revealed on May 12, 2022 in six simultaneous news conferences in the USA, Germany, Mexico, Japan, China, Chile and Taiwan, this is only the second-ever direct image made of a black hole.

The historic image was created with the Event Horizon Telescope (EHT). The EHT is a global array of eightradio telescopes that can be combined by a supercomputer into a virtual Earth-sized telescope with unmatched resolution. In 2019, the EHT made an image of the supermassive black hole in the galaxy Messier 87, the first ever image of a black hole.

This new image of Sgr A* cannot show the black hole itself (as black holes cannot emit or reflect light) instead we are seeing a bright glowing ring about 60 million km wide with a dark central region. The black hole itself lies in the dark central region. Sgr A* has been measured to be 4.3 million times heavier than the Sun so its immense gravitational field is bending light around it. It is also surrounded by a huge accretion disc of very hot, in-falling material in constant motion.

Why wasn't Sgr A* the first black hole to be imaged? It is because of the moving accretion disc. This motion made it difficult to create a usable image so thousands of images were made during multiple observing sessions then combined to make a single image. Perfecting this technique took time, explaining why our first black hole image showed Messier which is further away but displays less movement. It is an incredible technical achievement. The picture looks very similar to the much larger Messier 87 black hole, showing that exactly the same laws of physics apply in our galaxies and others.

Creating this image is an important breakthrough, how supermassive black holes develop and influence the galaxy around them is of great interest to scientists. The EHT is still being expanded, eventually it won’t just take pictures of black holes, it will make movies of them!

Any questions about black holes? Send your Night Sky images, experiences and questions to colin@NightSky.com You can also suggest topics you would like us to cover in future.